Oman and its fishery.

Photo: In a competition to find the world’s finest and most beautiful fish market, the Muttrah market created by the Norwegian architect firm Snøhetta will win several boat lengths. https://snohetta.com/projects/359-muttrah-fish-market

689 Dhows: It is both fiberglass and wood and they are between 15-22 meters and all with inboard engines and all rigged for fishing with drift nets, langliner, handliner and scrapers. The longest is 22 meters long and the least 15 meters. They are owned by Oman, but the crew (6-10 men) is often from the East.

19.245 fiberglass motorboats: They are built in one and the same shape. The longest are 10 meters down to 7 meters and the 2.10 meters wide and all have the least 60 hp outboard engines, but many, maybe half, have two large outboard motors. They hive on the beach and it goes very fast with game or four reel pulls and where there is a certain stretch of coast there are both, there can be hundreds in one place. One example is the coast from Baka to Seeb to the west of Mascat, there are several thousand such boats over a 10 km stretch. And here, small houses have been built where the fish have their thing and when they land, buyers are in contact with buyers from the companies who then buy via the phone and send cars to pick up the catch. 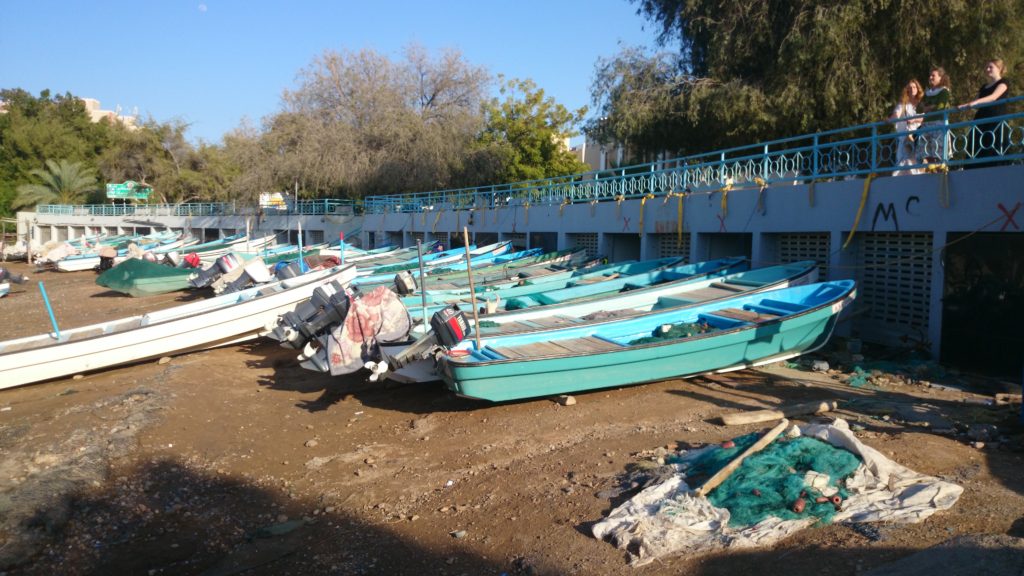 45,553 registered fishermen: I did not get it clarified, but I think that figure only covers Omanians in the fishing industry. I do not think that the fishermen (crews from abroad) on the big dhows are included in this statistic.